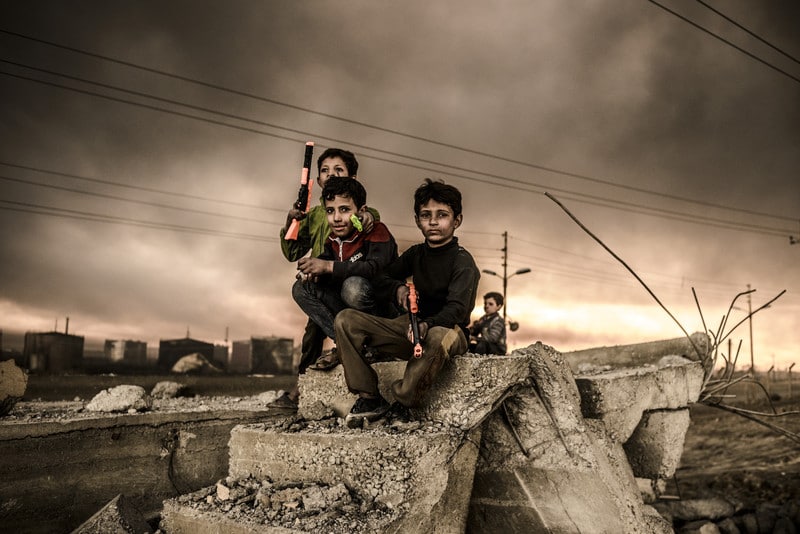 Iraq, Al Qayyarah, November 11. Iraqi boys play with toy guns in Al Qayyarah, northern Iraq. They are coated with black dust from the smoke of burning oil wells set alight by the Islamic State in August, 2016. The town is without electricity and running water. While Al Quayyarah has been liberated from the Islamic State it has become an environmental disaster, 11.11.2016 © Martyn Aim / laif

Martyn has produced stories for NGO’s such as the ICRC, Landmine Survivors Initiative and the International Commission on Missing Persons and was shortlisted for his work in Iraq in the 2018 Sony World Photo Awards (Current Affairs and News). He is RISC emergency medical certified for work in hostile environments and a member of the Overseas Press Club (OPC) and the Frontline Freelance Register (FFR). Marty is based in Belgrad/Serbia.

View all posts by: BVPA